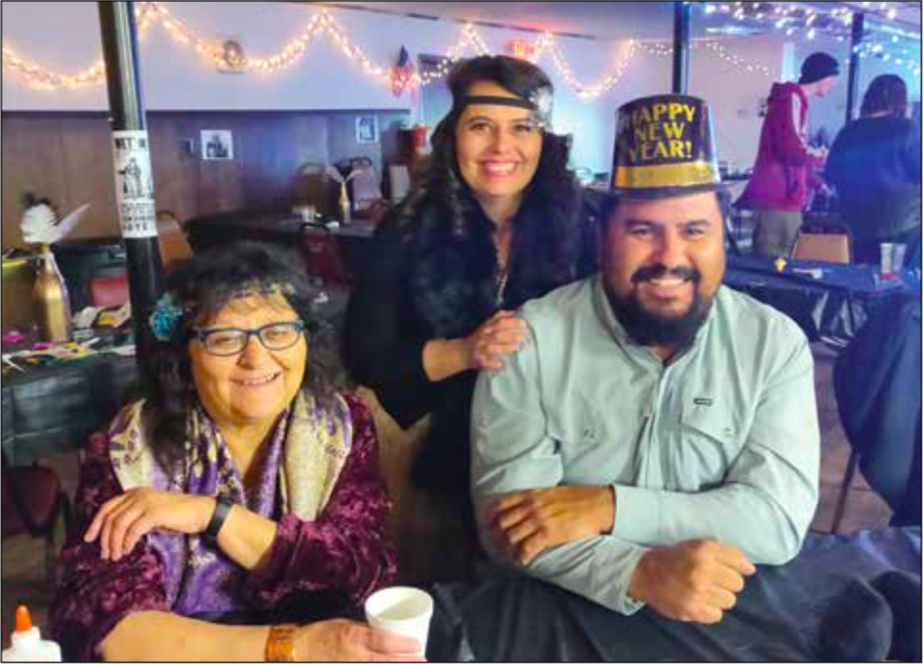 Vida Del Norte Coalition is a group of dedicated individuals working to prevent drug and alcohol misuse among the youth in our community. By breaking the generational cycles of addiction and though teaching and educating our community on healthier ways of living and interacting, the Coalition is making a big difference. Vida Del Norte uses an environmental prevention approach as opposed to the traditional individual model. Vida Del Norte has begun the implementation of policies and enforcement to ensure that this model is developed correctly.

Vida has collaborated with other local entities to host events that promote healthy and fun ways of living in our community. Vida’s first annual New Year’s Eve Masquerade event was one of them. Growing up in the Questa Community, I can always recall being at New Year’s Eve parties with my parents, with the adults drinking while us kids played and had fun. The risks were great… it was winter, adults were impaired and most times they drove home with us after a night of drinking. Through the years not much has changed, just new parents and kids, but the cycle is still present. Thinking how we can change this norm, we decided to begin a new tradition and host a New Year’s Eve event where the entire community could come and bring in the New Year in a fun drug- and alcohol-free way. Photo by Rachel Kuc
Vida Del Norte Coalition offered its first New Year’s Eve Celebration, alcohol-free for all ages. From left, Cynthia Rael-Vigil and Maria and Jason Gonzalez bring in the new year. 2020 will be a good one!

A 1920s-themed party where dinner was served to kick off the event enticed people to interact and engage with one another. Adults, youth, and families joined in the fun of playing board games, engaging in conversation, and dancing. Several masks were made by adults and children alike that were worn throughout the night. The first bottle of sparkling cider was opened around 8:30 pm as some of the kids enjoyed their games of Monopoly and Uno, toasting to one another. There were intense games of chess with an adult and some kids. “That boy whipped my butt in one move!” William Borges said, speaking about a young man who had a good strategy. We celebrated the New with the east coast and the Midwest time zones so those who wanted to make it home early could still celebrate and bring in the New Year. Overall it was a successful event and we hope to continue with collaborative efforts to show our community a healthier way of living.

The Vida Coalition gathered two weeks later for our annual retreat at My Tia’s Café in Cerro, where we brainstormed and planned strategically how we will continue to grow as a coalition and community in 2020. Many great ideas and actions were put into place at the retreat, motivating and exciting all the participants. The Coalition members had the opportunity to talk and ask our young Active 8 questions about the issues they are seeing and how adults can help. It was another successful retreat for our Coalition!

Stay tuned as we continue to implement our third year of prevention in Questa and surrounding communities. Vida Del Norte continues to seek active individuals who are willing and ready to help our community decrease substance misuse.

To find out more about ways you can be involved please contact me!
Maria Gonzalez, Program Coordinator Vida Del Norte Coalition maria.gonzalez@vidadelnorte.com (575) 779-2260

Remember, if you want to make progress on the path and ascend to the places you have longed for, the important thing is not to think much but to love much, and so to do whatever awakens you to love. — St. Teresa of Avila